Event
Go Bowling at The Glen 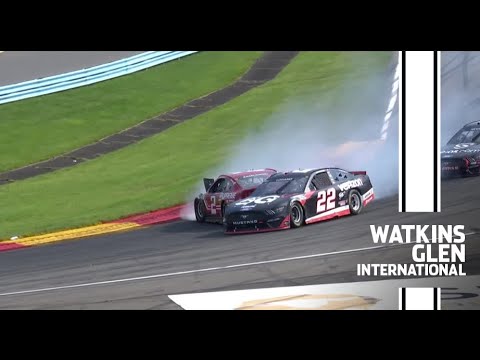 Stock car racing events in the NASCAR Cup Series have taken place at Watkins Glen International in Watkins Glen, New York on the 2.454-mile (3.949 km) road course annually since 1986. Since 2018 the 90-lap, 221-mile (356 km) race has been known as Go Bowling at The Glen for sponsorship reasons. As of 2021, it is one of seven road course races on the Cup Series schedule.
In 2020, the race was not held due to the COVID-19 pandemic, the State of New York requiring travelers from several states to isolate for 14 days (including North Carolina, where most of NASCAR's teams are located, and Florida, where NASCAR's corporate offices are), and not giving the series a quarantine waiver to enter the state. NASCAR instead held a race on the Daytona International Speedway road course, the Go Bowling 235.

28-year-old Larson has been a driver to count on this season, finishing either first or second 10 times through the 23 races to date. And Sunday’s trophy at the historic Watkins Glen International road course is Larson’s NASCAR Cup Series-best fifth of the year, 11th of his career.
His 2.430-second victory over Elliott was good enough to move him into a tie with Denny Hamlin for the regular-season championship with only three races remaining before the playoffs.
It marked the eighth Hendrick Motorsports victory in the last 11 races and the fourth time Larson and Elliott have finished 1-2 – the third time at a road-course event.