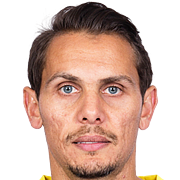 In 2017, North launched a non-for-profit football program called "Kickin' With A Cuz" which was designed to reach young boys and girls through football, with a vision to create sustainable pathways and outcomes for kids to make better life choices

Club career
Born in Taree, and of Birpai descent, he lived in New Zealand until the age of 11, then moved back to Australia, taking up residence in the suburb of Sunnybank in Brisbane, with his brother Brook North and parents. He attended Sunnybank High School until he was offered a place with the AIS in Canberra at the age of 15, then later joined the Brisbane Strikers as one of the youngest players to join the National Soccer League and then later moving to the Perth Glory.

On 9 June 2008, Australian newspapers suggested that North was due to sign with Belgian club, Club Brugge, or with Armenian club Mika F.C. However any rumours of offers proved to purely speculative, with North admitting no concrete offers had materialised.

On 3 November 2008, he was announced as the inaugural North Queensland Fury marquee player for the 2009–10 A-League season, however, after a week of rumours surrounding North's future, on 12 December 2008 it was publicised that North Queensland Fury would be releasing him from contract as he signed with South Korean K-League club Incheon United on a rumoured $2 million contract.

North trialed with Swedish side Trelleborg but on 26 February 2010, Norwegian side Tromsø IL signed the Australian defender from Incheon United. He spent four months in Norway before joining Wellington Phoenix on 30 July 2010 on a one-year deal.

On 2 April 2011, he moved from Wellington to Japanese second tier club FC Tokyo.

On 8 January 2013, he signed a three and a half year deal to play with Brisbane Roar in the A-League.

After 5 years at the club, North left Brisbane Roar in April 2018.

North playing for Australia
North's breakthrough came when he played every game of Australia's runner's up side at the 1999 FIFA U-17 World Championship where his country lost the final to Brazil on penalties. He was also a member of Australia's quarter final effort at the 2004 Olympic Games in Athens five years later.

In 2008, prior to the 2010 World Cup Qualifier against China, North became the first ever Aboriginal Socceroos captain for the 0–0 Draw with Singapore.