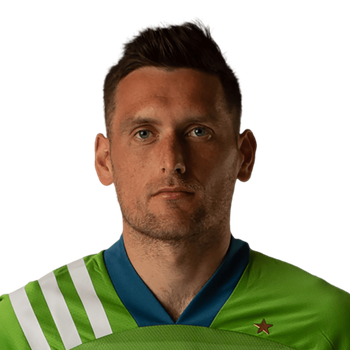 Career
Youth
O'Neill joined the U.S. Soccer Development Academy with the Colorado Rapids youth system in 2009. He led the Rapids U18 team in scoring in 2011–12 with 10 goals in 15 games, helping them reach the playoffs.

Professional
O'Neill originally signed to play college soccer at the University of Virginia, however on June 19, 2012, O'Neill signed with the Colorado Rapids as a Home Grown Player. Three months later, he made his professional debut in a 3–0 victory over the Portland Timbers, coming on as an 86th minute substitute for Jeff Larentowicz. O'Neill became a regular starter in 2013 and received strong reviews, earning the Rapids' Young Player of the Year award and a nomination for U.S. Soccer Young Athlete of the Year as the Rapids returned to the playoffs. His first career goal came in a 4–1 home win over Montreal Impact on May 25, 2014.

On August 7, 2015, O'Neill was bought by Cypriot club Apollon Limassol for an undisclosed fee. On August 31, 2015 he was loaned out to Royal Mouscron-Péruwelz in Belgium. The loan was cut short on December 23, 2015, and he returned to Limassol having not made an appearance for the Belgian club. He had subsequent loan spells with League 2 side Cambridge United and NAC Breda in Jupiler League, never featuring for Apollon Limassol.

O'Neill joined Excelsior on a one-year deal for the 2017–18 season.

In June 2018, O'Neill signed a three-and-a-half-year contract with Orlando City. He made his debut in a U.S. Open Cup quarterfinal defeat to Philadelphia Union on July 18 and made his MLS debut for the club three days later at Columbus.

International
O'Neill is eligible to represent both the United States and the Republic of Ireland. On October 9, 2012, O'Neill was called up by the United States U20 national team for the 2012 Marbella Cup in Spain. A day later, O'Neill made his debut for the U20s in a 2–1 loss to Canada, however he suffered an eye injury that ruled him out for the rest of the tournament. He later played for the US at the 2013 FIFA U-20 World Cup.

He has yet to debut for the US senior team and has indicated a willingness to accept a call for his native Ireland. He participated in a US camp in January 2014, although he was dropped prior to a friendly against South Korea. He was called up to the United States senior squad for a friendly against Panama in February 2015.