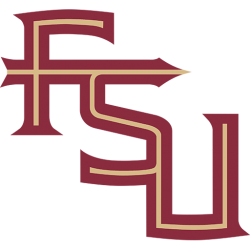 The Florida State Seminoles men's basketball team represents Florida State University (variously Florida State or FSU) in the intercollegiate sport of basketball. The Seminoles compete in the National Collegiate Athletic Association (NCAA) Division I and the Atlantic Coast Conference (ACC).
Though they have historically played under the shadow of the football program, the Seminoles have had successes on the hardwood and they have achieved success in recent years. Florida State has made seventeen NCAA Tournament appearances: advancing to the Round of 32 on ten occasions, the Sweet Sixteen six times, the Elite Eight on three occasions, and the Final Four once,

The Donald L. Tucker Civic Center, is a multi-purpose indoor arena located on the Florida State University campus in Tallahassee, Florida. The arena has the biggest capacity of any arena in the Florida Panhandle. The arena opened in 1981 and was built at a cost of over $30 million, financed by the city. In 2013, the venue was purchased by the Florida State University Board of Trustees. The facility is located on the southeastern side of the university's campus, between the FSU College of Law and the future home of the FSU College of Business.