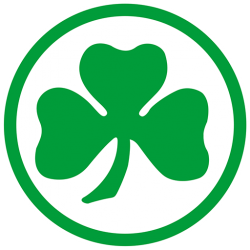 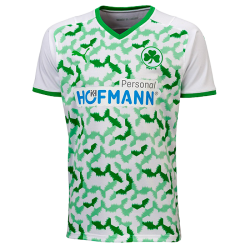 The most successful era for Greuther Fürth came in the pre-Bundesliga era in the 1910 and 1920s, when the club won three German championships in 1914, 1926, and 1929 respectively and finished as runners-up in 1920. In the 2012–13 season, the club played in the Bundesliga for the first time, having won promotion from the 2. Bundesliga; it was relegated back to the 2. Bundesliga at the end of the season. On 23 May 2021 they were promoted back to the Bundesliga for the 2nd time.

Sportpark Ronhof Thomas Sommer is an association football stadium in the district of Ronhof in Fürth, Bavaria, Germany, and the home ground of 2. Bundesliga team SpVgg Greuther Fürth.

The stadium was originally opened on 11 September 1910 under the name Sportplatz am Ronhofer Weg gegenüber dem Zentral-Friedhof (English: Sports ground on Ronhof Lane opposite the central cemetery). It was expanded several times (max. 28,000 capacity) but later reduced to 15,500 and today holds a capacity crowd of 18,000. It was expanded following Fürth's promotion to the Bundesliga. It remained the Bundesliga's smallest stadium, though.