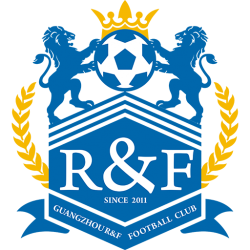 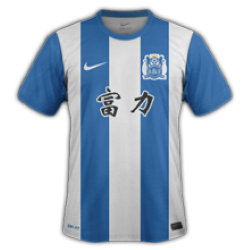 Guangzhou City Football Club is a professional football club that plays in the Chinese Super League under licence from the Chinese Football Association (CFA). The team is based in Guangzhou, Guangdong, and their home stadium is the Yuexiushan Stadium which has a seating capacity of 18,000. They are owned by the Chinese property developers R&F Properties who took charge in June 2011. The club's English name over 2011 until 2020 was R&F which was short for "Rich" (富) and "Force" (力). The club became Guangzhou City in December 2020.

The club was founded in 1986 in Shenyang, Liaoning as Shenyang Football Team. They played at the 55,000-seat Wulihe Stadium (五里河体育场), until they moved to Changsha, Hunan in 2007 to reside in the Helong Stadium. American sportswear and sports equipment company MAZAMBA took over the club in 2010, and relocated the club to Shenzhen, Guangdong in February 2011. Their ownership was brief, and by June 2011 Chinese property developers Guangzhou R&F gained ownership of the club and moved them to Guangzhou. The club had their most successful season in 2014 as they finished third in the league and qualified for the 2015 AFC Champions League.