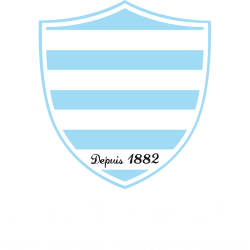 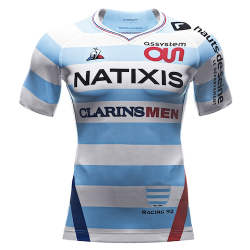 Racing Metro 92 (French pronunciation: ​) is a French rugby union club based in suburban Paris that was formed in 2001 with the collaboration of the Racing Club de France and US Métro. "92" is the number of Hauts-de-Seine, a département of Île-de-France, bordering Paris to the west, where they play, and whose council gives financial backing to the club. They currently play in the Top 14, having been promoted as 2008–09 champions of Rugby Pro D2. Racing Metro play at the Stade Yves-du-Manoir stadium at Colombes, where the France national team played for several decades. The Stade Olympique Yves-du-Manoir (also known as the Stade Olympique de Colombes, or simply Colombes to the locals) is a rugby, track and association football stadium in Colombes, near Paris, France. Named in memory of French rugby player Yves du Manoir in 1928, it was the main stadium for the 1924 Summer Olympics and had a capacity of 45,000 at the time. During the 1924 games, it hosted the athletics, some of the cycling, some of the horse riding, gymnastics, tennis, some of the football, rugby, and two of the modern pentathlon events (running, fencing). It was later expanded to a capacity of over 60,000. Colombes was also the venue for the 1938 World Cup Final between Italy and Hungary.

Colombes hosted a number of French Cup finals and home games of the French national football and rugby union teams into the 1970s. It remained the country's largest stadium until the renovated Parc des Princes was inaugurated in 1972. By that time, Colombes' capacity had dropped to under 50,000 due to more stringent safety regulations. The national rugby union team played its last game at Colombes in 1972, and the national football team last played there in 1975.

French professional football team RC Paris used Colombes as their home ground until 1985 or so, then moved on to other stadia before coming back in the 2000s.

Racing Métro 92 rugby club have never left. They originally planned to redevelop Yves-du-Manoir into a 15,000-seat stadium to be shared with Racing Club de France football Colombes 92, but have since decided to build a completely new stadium, tentatively known as Arena 92, in nearby Nanterre. It remains to be seen whether the Racing Club de France football club will move as well.

The stadium was portrayed in the film Escape to Victory starring Sylvester Stallone and Michael Caine, but the stand-stadium used in the filming was the Hidegkuti Nándor Stadion in Budapest, Hungary. 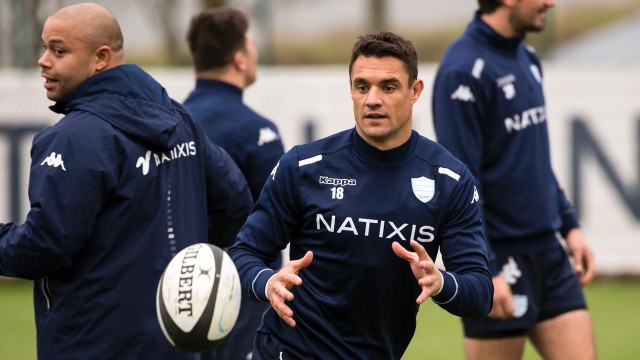