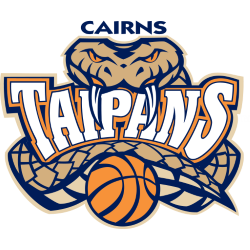 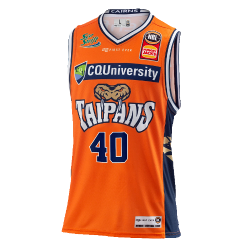 The Cairns Taipans are an Australian professional basketball team based in Cairns, Queensland. The Taipans compete in the National Basketball League (NBL) and play their home games at the Cairns Convention Centre, known colloquially as "The Snakepit". The Taipans are the only not-for-profit club left in the league.

History
Early years (1999–2008)
The Taipans were founded in 1999, entering the National Basketball League (NBL) in place of the outgoing Newcastle Falcons for the 1999/2000 season. Led by head coach Rod Popp, the Taipans made their debut with a dismal 2–26 season record. The Taipans failed to qualify for the post-season in their first four seasons. In 2003/04, the Taipans played finals basketball for the first time. On 3 March 2004, the Taipans defeated the Perth Wildcats 103–96 in an elimination final at the Cairns Convention Centre. In winning their first final, the Taipans moved on to the quarter-finals, where they were defeated 110–88 by the West Sydney Razorbacks. After missing the finals in 2004/05, the Taipans made three straight finals appearances between 2005/06 and 2007/08.

Financial difficulties (2008–2009)
In December 2008, the Taipans were placed into voluntary administration. As a result, coach Alan Black was sacked and imports Larry Abney and Dave Thomas were let go. The rest of the team had to agree to a blanket 45 per cent pay cut for the rest of the season. Less than 12 months later, the Taipans were again in financial trouble – at the time, the club was almost $350,000 over budget and had only recorded a profit in one of the previous four months. In response, Basketball Australia and Cairns Regional Council vowed to continue supporting the cash-strapped Taipans.

NBL Grand Finalists (2011; 2015)
The 2010/11 season saw the Cairns Taipans create history as they finished the regular season in third place with a 16–12 record and advanced through to the 2011 NBL Grand Final series, reaching the championship deciding round for the first time behind star trio Ron Dorsey, Ayinde Ubaka and Daniel Dillon. There they faced the New Zealand Breakers, and after being thrashed in the series opener in Auckland, going down 85–67, the Taipans responded in Game 2 at home. They notched up a nail-biting 85–81 double-overtime win against the Breakers to send the series into a decider. It marked the first time in NBL history a play-off match was decided in double overtime. Cairns had looked set for a three-point win in normal time before a three-pointer from Breakers guard C. J. Bruton in the dying seconds sent the match into overtime. However, revenge came five minutes later when Dorsey wiped out the Breakers' three-point lead with no time to spare to force the match into double overtime. With momentum on their side, the Taipans were able to finish out the match on top. Dorsey's miraculous long three-pointer to send the game into double overtime has a special place in the club's history. The Breakers went on to win the 2010/11 NBL Championship with a 71–53 win in the decisive Game 3 in Auckland. The Taipans lacked the same spark in Game 3, with import pair Ubaka and Dorsey shooting 4-of-26 between them. Despite ultimately losing the series, Dorsey's heroics in Game 2 went down in Taipans folklore.

During the 2011 off-season, the star trio of Dorsey, Ubaka and Dillon all left Cairns to play for the Melbourne Tigers, each departing the Taipans after just one season. As a result, over the ensuing three seasons, the Taipans failed to return to the finals.

In February 2015, the Taipans clinched their first ever NBL minor premiership. They finished the 2014/15 regular season in first place with a 21–7 record, marking the first time since the now defunct Geelong Supercats in 1984, that a regional team has topped the regular season log. The Taipans also made history by using the same starting five of Scottie Wilbekin (Point guard), Cameron Gliddon (Shooting guard), Stephen Weigh (Small forward), Alex Loughton (Power forward) and Matt Burston (Centre) all season. They went on to reach the 2015 NBL Grand Final series, where they once again faced the New Zealand Breakers. Despite having home court advantage, the Taipans were easily defeated by the Breakers in Game 1, losing 86–71. They went on to lose at the buzzer in Game 2 in Auckland after a game-winning fade-away shot by Ekene Ibekwe lifted the Breakers to an 83–81 win. The Cairns Convention Centre, selected the World's Best Congress Centre in 2004 and 2014, is a convention and entertainment centre in Cairns, Queensland, Australia.

Description
The centre has a floor space of 31,000 square metres on a 2.2 hectare site in the Cairns CBD, 10 minutes from Cairns International Airport. It has five halls, including the Great Hall, which caters to 2,330 theatre-style guests and can be divided into four separate rooms, and Hall Two, which holds up to 5,300. It has nine meeting rooms, six conference rooms, a media room and state-of-the art audio visual facilities.

History
The Cairns Convention Centre is owned by the Queensland State Government and has been managed and marketed by AEG Ogden since 1994. Stage one of the building opened on 26 June 1996 and a multi-purpose 5,300 seat hall was added in 1999. It was Australia's first regional convention centre and the country's first environmentally designed public building, and in its opening year it won the inaugural international EIBTM's most environmentally conscious congress centre. It became home to the Cairns Taipans in 1999, the team's first year in the NBL. The centre undertook a $12 million refurbishment in 2005 and a $6.3 million upgrade in 2011.

Sport
Since the team's inaugural season in 1999, the Cairns Convention Centre has been the home venue for the Cairns Taipans, who play in the National Basketball League. During Taipans home games, the centre is referred to as "The Snakepit".

The Convention Centre hosted preliminary rounds of the men's basketball competition at the Commonwealth Games, which was held on Queensland's Gold Coast in April 2018.

Recent events
In 2014, the centre hosted the G20 Finance Ministers and Central Bank Governors Meeting and the Australian Tourism Exchange conference, the first time it was held in a regional destination. Also in 2014, it held the World Buiatrics Congress, the 6th International Symposium on Fish Nutrition and Feeding, the Association of Financial Advisers Conference and Congress of the International Union for the Study of Social Insects. In 2015, it hosted the Professional Bull Riding Cairns Invitational, adding 300 tonnes of sand to the floor of Hall Two, the 25th Meeting of the International Society for Neurochemistry, World Congress on Larynx Cancer, Australasian Hydrographic Symposium, Prostate Cancer World Congress, Toyota Dealer Meeting and Hilux Launch and James Cook University Graduation Ceremonies. It has been selected to host the 2018 Commonwealth Games basketball heats.

Awards
The Centre received the 2014 and 2004 International Association of Congress Centres (AIPC) APEX Award for World's Best Congress Centre. It was inducted into the Queensland Tourism Awards Hall of Fame after winning gold in the 2013, 2014 and 2015 Business Event Venues category and received the Chairman's Award for Excellence in the Tourism Tropical North Queensland (TTNQ) Industry Excellence Awards. In 2011, it achieved Gold Certification in the AIPC Quality Standards Program. 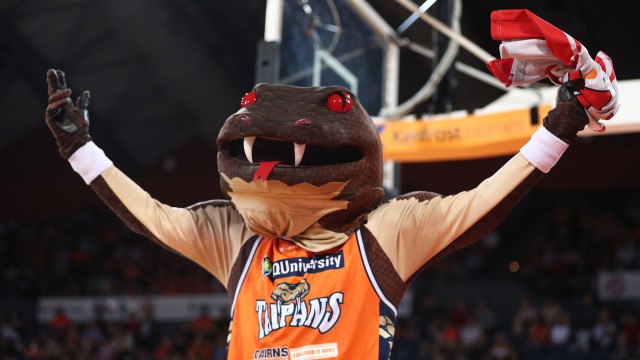