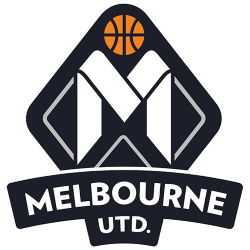 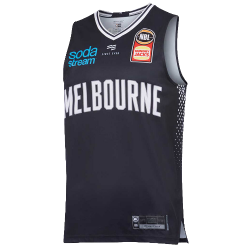 Melbourne United is an Australian professional basketball team based in Melbourne, Victoria. United compete in the National Basketball League (NBL) and play their home games at Melbourne Arena and the State Netball and Hockey Centre.

The team made their debut in the NBL in 1984 as the Melbourne Tigers, as an extension of the Melbourne Basketball Association (MBA). The franchise entered into private ownership in 2002, ending the team's relation with the MBA. The Tigers were led by coach Lindsay Gaze and his son Andrew from 1984 until 2005, with the pair guiding the Tigers to two championships in the 1990s. The pair were supported by fellow club legends such as Dave Simmons, Lanard Copeland and Mark Bradtke. Four consecutive NBL Grand Finals followed between 2006 and 2009, with championships coming in 2006 and 2008 behind the likes of Chris Anstey and Darryl McDonald. After 31 seasons of using the Melbourne Tigers name, the franchise was renamed Melbourne United in May 2014, a change that was not well received by Tigers fans, former Tigers players, or the wider NBL community. Four years later, the franchise won their first NBL Championship since adopting the Melbourne United name. Their five championships is second only to the Perth Wildcats (eight) for most titles in NBL history. Melbourne Arena, originally known as the Melbourne Park Multi-Purpose Venue, is an Australian sports venue that is part of the National Tennis Centre at Melbourne Park in Melbourne, Victoria.