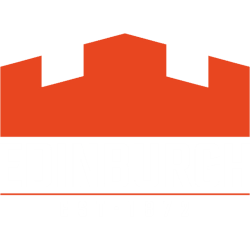 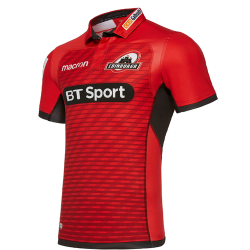 Edinburgh Rugby (formerly Edinburgh Reivers, Edinburgh Gunners) is one of the two professional rugby teams from Scotland. The club competes in the Pro12, along with Glasgow Warriors, its oldest rival. Edinburgh currently plays its home games at Murrayfield Stadium.

The original Edinburgh district team played the first ever inter-district match against Glasgow in 1872, winning the match 3–0. The team was reformed in 1996 to compete in the Heineken Cup, its best performance coming in the 2011–12 season, when the club reached the semi-final but lost narrowly to Ulster, 22–19. The quarter-final tie against Toulouse attracted a club record crowd of over 38,000 spectators to Murrayfield. In 2003–04 Edinburgh became the first Scottish team to reach the quarter-finals.

In 2014–15 Edinburgh became the first Scottish club to reach a major European final, when they met Gloucester Rugby in the European Rugby Challenge Cup showpiece at Twickenham Stoop in London. Murrayfield Stadium (known as BT Murrayfield Stadium for sponsorship reasons, or usually just known as Murrayfield) is a sports stadium located in the west end of Edinburgh, the capital of Scotland. Its all-seater capacity was recently reduced from 67,800 to 67,144 to incorporate the largest permanent "big screens" in the country, though it remains the largest stadium in Scotland and the 6th largest in the United Kingdom.

The stadium is the home of the Scottish Rugby Union (SRU), and is primarily used as a venue for rugby union and hosts most of Scotland's home test matches, the Scottish Hydro Electric Cup final, as well as Pro12 and Heineken Cup matches.

Although mainly a rugby union stadium, Murrayfield has in the past hosted American football, rugby league and association football matches and music concerts. One of the most notable of the latter was the Edinburgh 50,000 - The Final Push concert as part of Live 8.