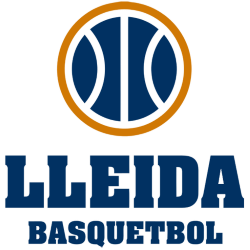 Club Esportiu Ciutat i Provincia de Lleida Basquetbol is a professional basketball team based in Lleida, Catalonia, Spain and plays in the Barris Nord, in LEB Oro league. The club born in the summer of 1997 like a need of unify the basketball in Lleida, with the origin of Maristes team, that played in the Second National Division. The team spend two seasons in the EBA League linked by Bàsquet Manresa and under the name of Baró de Maials. Caprabo Lleida (the new name of the team) jump to the LEB League in 1999 and to the ACB League in 2001. Under the name of Plus Pujol Lleida, the club returns to LEB League in 2005. In 2009, is relegated to EBA League due economic problems and changed the name to Avantmèdic Lleida, but in the next year, they return to LEB Oro League via CB Cornellà.

On July 6, 2012, Lleida Basquetbol announced via Twitter the club will not join any competition for the 2012–13 season, and it will be replaced by the new creation club Força Lleida CE.

Pavelló Barris Nord (Catalan for Northern Neighborhood Pavilion) is an arena in Lleida, Catalonia, Spain. It is primarily used for basketball games and the home arena of Força Lleida CE.