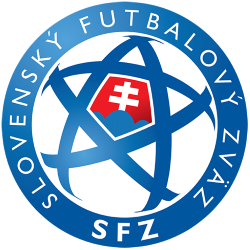 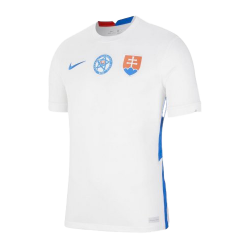 Slovakia qualified for two major international tournaments, the 2010 FIFA World Cup and UEFA Euro 2016. Slovakia qualified to the FIFA World Cup in 2010 after winning their qualifying group, despite two defeats against Slovenia. At the World Cup, Slovakia progressed beyond the group stage after a 3–2 win against Italy, before bowing out of the tournament after a 2–1 defeat in the knockout stage against the eventual runners-up Netherlands. It was the first time the national team ever played in a major football competition, after playing every FIFA World Cup qualifying campaign since 1998 and every UEFA European Football Championship qualifying campaign since 1996, after a 50-year absence from international football due to representing part of the Czechoslovakia team. The nation did come close to securing a berth at the 2006 finals in Germany, after finishing second in their group ahead of Russia and behind Portugal, before drawing Spain in their qualification play-off, in which the Slovaks lost by a wide margin on aggregate (1–5, 1–1).

The national team have achieved some noteworthy results such as the aforementioned win over the then title holders Italy at the 2010 World Cup, and a 1–0 win against Russia in September 2010. Despite this success however, the team later dropped down the rankings and a considerable drop in form went with this, as the team failed to qualify for Euro 2012 finishing their group in fourth place. They also only scored seven goals in the group, only more than minnows Andorra. Slovakia then failed to qualify for the 2014 World Cup, but secured a spot in France for Euro 2016 under head coach Ján Kozák which helped the team reach their best ever position of 14th in the FIFA World Rankings.

Slovakia's traditional rival is the Czech Republic which they played twice in the qualification for the 1998 World Cup in 1996 and 1997, winning 2–1 in Bratislava before losing 3–0 in Prague with both teams already eliminated, before playing each other again in 2008 and 2009 in the qualifying round for the 2010 World Cup. In these two meetings, the teams drew 2–2 in Bratislava with the Slovaks winning 2–1 in Prague. But before that, they also played each other in Euro 2008 qualifying, and they lost 3–1 in Prague and 0–3 in Bratislava.

Tehelné pole or National football stadium (Slovak: Národný futbalový štadión) is a multi-use stadium in Bratislava, Slovakia. It was completed in 2019 and is used for football matches, including the home matches of ŠK Slovan Bratislava and the Slovakia national football team. This project concerns mutual assistance between well-known Slovak entrepreneur Ivan Kmotrík as the owner of ŠK Slovan Bratislava and Government of Slovakia. The stadium has a capacity of 22,500 spectators, and replaced the old Tehelné pole stadium, which was demolished in summer 2013.