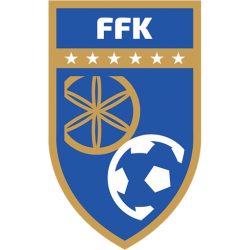 The stadium before renovation.
The stadium's construction was started in 1951 and since 1953, it has been used by FC Prishtina. On 9 June 2018, the stadium was renamed from Pristina City Stadium to Fadil Vokrri Stadium, following the death of Fadil Vokrri on the same day, who was a football administrator, player and lastly president of Football Federation of Kosovo. The change was announced by Shpend Ahmeti, the Mayor of Pristina.