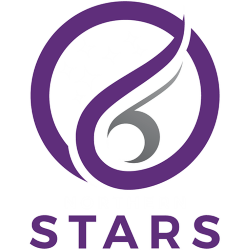 The Northern Stars are a New Zealand netball team based in Manukau that, since 2017, has competed in the new ANZ Premiership New Zealand Netball competition. The franchise was formed in 2016 as the sixth team to compete in the ANZ Premiership following the announcement that the trans-Tasman ANZ Championship competition would be retired following the 2016 season. The Stars joined the five already-established New Zealand franchises of the ANZ Championship, representing the areas of South and East Auckland. Home games in the ANZ Premiership are usually played at the Vodafone Events Centre in Manukau, with their training base being located at the High Wire Trust gymnasium in Papakura.

Vodafone Events Centre (originally the TelstraClear Pacific Events Centre) is a multi-purpose event centre located in Manukau, Auckland, New Zealand (suburb of the former Manukau City), with an indoor arena, theatre and meeting halls hosting community, cultural and sports events, concerts and plays, exhibits, trade fairs and expos, corporate functions, meetings, weddings and other special events. The event centre has cost an estimated NZ$ 48.7 million, of which somewhat less than half came from Manukau City Council. The naming rights sponsor was TelstraClear. but after it was purchased by Vodafone New Zealand, the center was subsequently renamed.