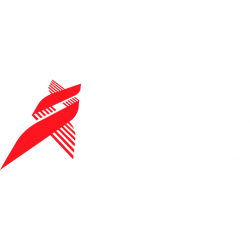 The Mainland Tactix are a New Zealand netball team based in Christchurch, Canterbury who compete in the ANZ Premiership. The team was one of the founding teams in the National Bank Cup, formerly the premier netball competition in New Zealand (1998–2007), during which the team was known as the Canterbury Flames. After the NBC was retired in 2007, the Flames became a founding franchise of the new trans-Tasman ANZ Championship and changed their name to the Canterbury Tactix. In 2013 they changed their name to Mainland Tactix, to clearly state what region they are from. The Mainland team represent the New Zealand regions of Canterbury, West Coast, Nelson and Marlborough.

The Tactix have had mixed results during their competitive history. The "Flames" finished second in four seasons of the NBC, but since the start of the ANZ Championship the "Tactix" have finished no higher than sixth.

Home games for the Tactix are played at the 7200-seat Horncastle Arena in Christchurch. In 2012 it was announced that a game would be played in Nelson for the first time. The team uniform is primarily red and black, in line with traditional Canterbury Rugby Union colours. Their alternate uniform has the black and red colours reversed.

In 2019 "The Good Oil" became the naming right sponsor for the Tactix . Prior to this they have had naming sponsors such as Silvermoon in 2017, Easiyo In 2012 and Mercury Energy In 2009.

Horncastle Arena is a New Zealand sporting and entertainment arena located in the Christchurch suburb of Addington. It has gone through a series of name changes and was most recently known as the CBS Canterbury Arena.