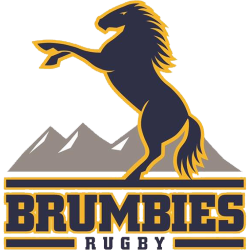 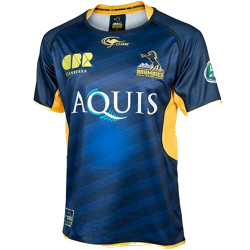 The Brumbies (for sponsorship reasons known as the Plus500 Brumbies and formerly known as the ACT Brumbies) are an Australian professional rugby union football team competing in the Super Rugby. The team is based in Canberra, Australian Capital Territory (ACT) and named for the wild horses which inhabit the capital's hinterland. The team represents the ACT and southern New South Wales (NSW) regions.

The Brumbies were formed in 1996 to provide a third Australian franchise for the newly formed Super 12 (now Super Rugby) competition. It was predicted that the Brumbies, made up of so-called 'reject' – players not wanted by the other two teams – would perform poorly. Since then, they have enjoyed more success than all the other Australian teams combined, reaching six finals and winning two.

The Brumbies play in navy blue, white and gold kits. The team plays at GIO Stadium (formerly known as Bruce Stadium and Canberra Stadium) in Canberra and is currently coached by former Wallabies fly-half Stephen Larkham. Larkham shared the coaching duties with Laurie Fisher as Director of Football, after the unexpected departure of Jake White in September 2013, who had two years left on his contract, until Fisher left to become head coach of Gloucester Rugby after the 2014 season.