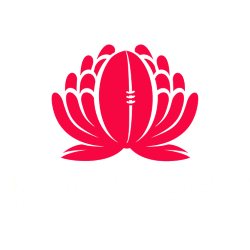 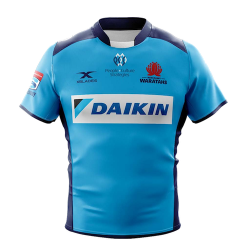 The New South Wales Waratahs (/ˈwɒrətɑːz/ or /ˌwɒrəˈtɑːz/; referred to as the Waratahs, are an Australian rugby union team representing the majority of New South Wales in the Super Rugby competition. The Riverina and other southern parts of the state, are represented by the Brumbies, who are based in Canberra, Australian Capital Territory (ACT).

The "Waratahs" name has historically been the name for the New South Wales Rugby Union (NSWRU) representative team, and became the name for the New South Wales team when it entered the Super Six, Super 10 and Super 12 competitions. The name and emblem comes from the waratah, the state flower for New South Wales. Until 2019, their home ground was Sydney Football Stadium in Sydney. With this closed for demolition and rebuilding, in 2019 home games will be played at the Sydney Cricket Ground and Western Sydney Stadium.