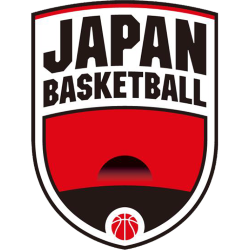 The Japanese national basketball team is administered by the Japan Basketball Association (JBA). (Japanese: 日本バスケットボール協会) A 1936 founding member of FIBA Asia, Japan has one of Asia's longest basketball traditions.

Japan has one of the most successful basketball teams in Asia. It has won the Asian Basketball Championships twice and is the second leading nation in qualifications to the event. The team qualified for the Olympic Games six times and for the FIBA World Cup four times.

Japan has traditionally brought forth several of Asia's elite basketball players who competed in the NBA and in Europe. These players include Yuta Tabuse, J.R. Sakuragi, Takuya Kawamura, Takumi Ishizaki and others. However, for about two decades, they rarely played for the national team, which caused Team Japan to fall behind Asia's elite competition from Iran, South Korea, the Philippines and China.

In 2014, Yuta Tabuse and several of Japan's top players returned to the national team and helped to reach its best finish in almost 20 years.