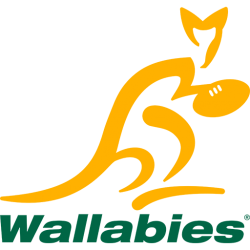 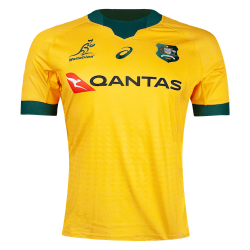 The Australia national rugby union team, nicknamed the Wallabies, is the representative national team in the sport of rugby union for the nation of Australia. The team first played at Sydney in 1899, winning their first test match against the touring British Isles team.

Australia have competed in all nine Rugby World Cups, winning the final on two occasions and also finishing as runner-up twice. Australia beat England at Twickenham in the final of the 1991 Rugby World Cup and won again in 1999 at the Millennium Stadium in Cardiff when their opponents in the final were France.

The Wallabies also compete annually in The Rugby Championship (formerly the Tri-Nations), along with southern hemisphere counterparts Argentina, New Zealand and South Africa. They have won this championship on four occasions. Australia also plays Test matches against the various rugby-playing nations.

More than a dozen former Wallabies players have been inducted into the World Rugby Hall of Fame. Stadium Australia, formerly known as ANZ Stadium and Telstra Stadium, is a multi-purpose stadium located in the Sydney Olympic Park, in Sydney, Australia. The stadium, which in Australia is sometimes referred to as Sydney Olympic Stadium, Homebush Stadium or simply the Olympic Stadium, was completed in March 1999 at a cost of A$690 million to host the 2000 Summer Olympics. The Stadium was leased by a private company the Stadium Australia Group until the Stadium was sold back to the NSW Government on 1 June 2016 after NSW Premier Michael Baird announced the Stadium was to be redeveloped as a world-class rectangular stadium. The Stadium is owned by Venues NSW on behalf of the NSW Government.

The stadium was originally built to hold 110,000 spectators, making it the largest Olympic Stadium ever built and the second largest stadium in Australia after the Melbourne Cricket Ground which held more than 120,000 before its re-design in the early 2000s. In 2003, reconfiguration work was completed to shorten the north and south wings, and install movable seating. These changes reduced the capacity to 83,500 for a rectangular field and 82,500 for an oval field. Awnings were also added over the north and south stands, allowing most of the seating to be under cover. The stadium was engineered along sustainable lines, e.g., utilising less steel in the roof structure than the Olympic stadiums of Athens and Beijing.