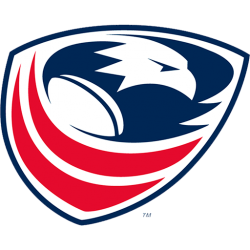 The United States national rugby union team, nicknamed the Eagles, is controlled by USA Rugby. USA Rugby is a member of Rugby Americas North, one of six regional governing bodies under World Rugby. Until sevens made its debut at the 2016 Rio Games, the United States was the reigning Olympic champion in rugby, having won gold at the 1920 and 1924 Summer Olympics.

As of November 26, 2018, the Eagles are ranked 12th in the world by the World Rugby Rankings. Their previous highest ranking, achieved ahead of the 2007 World Cup, was 14th; their lowest ranking was 20th, following a winless campaign in the 2008 Churchill Cup.