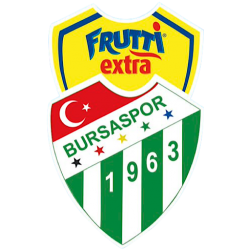 Bursaspor Basketbol, for sponsorship reasons Frutti Extra Bursaspor, is a Turkish basketball club based in Bursa. It currently plays in the Basketbol Süper Ligi. Founded in 2014, it is the basketball section of the multi-sports club Bursaspor.

History
Bursaspor Basketbol was founded in 2014 and entered the Third Turkish League. In 2019, Bursaspor promoted to the Basketbol Süper Ligi (BSL), for the first time after winning the Turkish Second Division championship.

Bursa Atatürk Sport Hall (Turkish: Bursa Atatürk Spor Salonu) is a multi-purpose indoor sport venue located in the district of Altıparmak, Osmangazi in Bursa, Turkey. The hall, with a capacity for 3,000 people, was built in 1972.

Home of four clubs Bursaspor Basketbol, Oyak Renault Basketball, Yeşim SK and Uludağ Üniversitesi SK, it is the biggest indoor sport hall in Bursa, where competitions of basketball, volleyball and handball are held.

Bursa Atatürk Sport Hall hosted 15 games of the Group A in the preliminary round of the Eurobasket 2005 Women between September 2 and 7 2005.