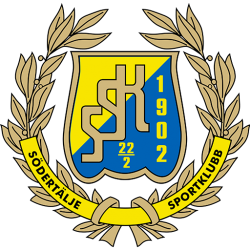 AXA Sports Center or Södertälje Event Arena is an indoor sporting arena located in Södertälje, Sweden that was built opened on 2 October 1970 as Scaniarinken, with an ice hockey game where Södertälje SK defeated Djurgårdens IF, 5–2 The capacity of the arena is 6,200 but before the renovation and name change in 2005 it could host much larger numbers, with the record being 11,372 people. It is the home arena of the Södertälje SK ice hockey team and the AXA/Marlboro curling team. In February 2016 the arena was re-named back to Scaniarinken as the 10-year title deal with AXA expired.