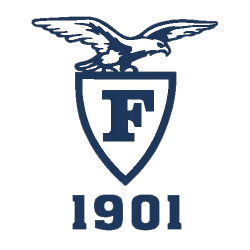 Fortitudo Pallacanestro Bologna 103, currently known as Pompea Fortitudo Bologna for sponsorship reasons, is a basketball club based in Bologna, Italy. It plays in the first division Lega Basket Serie A (LBA).

History
Fortitudo has for much of its history played second fiddle in its own city to arch rivals Virtus Bologna. Fortitudo won its first major trophy in 1998, winning the Italian Cup.

Fortitudo made the Italian league finals ten consecutive years (1997 through 2006). After three straight finals losses, Fortitudo won the Serie A for the first time in 2000. Four consecutive finals losses were followed by Fortitudo's second league title in 2005, courtesy of a 3-1 win over Armani Jeans Milano in the finals series when instant replay upheld a Ruben Douglas buzzer beater in Game 4 of the championship series.

In recent years, Fortitudo had been a fixture in the European top-tier Euroleague. Fortitudo's first achievement in European competition was a FIBA Korać Cup final against Jugoplastika in 1977 in their maiden participation. It got to the Euroleague Final four in 1999 (losing in the semifinal against city rivals Kinder Bologna and in third place game against Olympiacos) and the semifinal of the Euroleague playoffs in 2001 (again eliminated by rivals Virtus); then the club lost in the Euroleague final in 2004 to Maccabi Elite Tel Aviv by 44 points. The 2006-07 season saw them change coaches thrice as they finished thirteenth (out of eighteen), though they still qualified for the ULEB Cup 2007-08.

Financial difficulties saw the club's affiliation to the Italian Federation revoked and Fortitudo was barred from playing in any competition. On 18 June 2013, a group of local entrepreneurs, professionals and fans joined to give life to Fortitudo Pallacanestro Bologna 103, the spiritual successor (with the same fan base such as the Fossa dei Leoni fan group) of the original entity. Starting from the fourth division DNB, Fortitudo climbed to the second division Serie A2 where it will play during the 2015-16 season.

After a successful campaign in 2018/19, the club qualified for promotion to Serie A for the first time since its 2009 dissolution.

Fortitudo's home arena is the Paladozza, known for sponsorship reasons as the Land Rover Arena (and sometimes nicknamed the Madison Square Garden of Bologna), which can host approximately 5,700 fans.