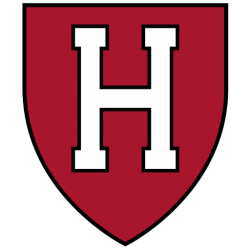 Harvard Crimson men's basketball program represents intercollegiate men's basketball at Harvard University. The team currently competes in the Ivy League in Division I of the National Collegiate Athletic Association (NCAA) and plays home games at the Lavietes Pavilion in Boston, Massachusetts. The team appeared in the NCAA Division I Men's Basketball Tournament in 2014, where Harvard upset 5-seed Cincinnati 61–57 before being eliminated in the round of 32 by 4-seed Michigan State by a score of 80–73. In 2015, Harvard tied with Yale for the Ivy title with an 11–3 league record. Despite having lost to Yale 62–52 at Lavietes Pavilion on March 6, 2015, just eight days later Harvard won a playoff between the two at the Palestra in Philadelphia to determine the Ivy League's NCAA automatic bid by a score of 53–51. Harvard thereby achieved its fourth straight NCAA Tournament appearance while preventing Yale from reaching the NCAA Tournament for the first time in 53 years. Harvard was eliminated from the 2015 NCAA Tournament by UNC by a score of 67–65 after leading with under one minute to play in the game.

The Ray Lavietes Basketball Pavilion at the Briggs Athletic Center is a 1,636-seat multi-purpose arena in the Allston neighborhood of Boston, Massachusetts. Owned by Harvard University, it is the second-oldest college basketball arena still in use (Fordham University's Rose Hill Gymnasium (1924) is
The facility was originally named the Briggs Athletic Center in honor of LeBaron Russell Briggs, who served as dean of Harvard College from 1891 to 1902 and as the school's athletic director for 17 years. Briggs also served as president of the NCAA. It included an indoor track and batting cages, which were popular with local collegiate and professional baseball players.