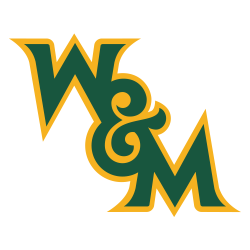 The William & Mary Tribe men's basketball team represents the College of William & Mary in Williamsburg, Virginia in NCAA Division I competition. The school's team competes in the Colonial Athletic Association and play their home games in Kaplan Arena. William and Mary Coach, Dane Fischer was hired as the 31st coach in school history following the dismissal of Coach Tony Shaver. Shaver served as the head coach from 2003-2019 and leads the school in all-time wins for a coach.

Kaplan Arena is a building used for athletic events for the William & Mary Tribe sports teams at the College of William & Mary in Williamsburg, Virginia. The building contains an 8,600-seat arena, which can seat 11,300 with extra bleachers. The arena's floor measures almost 24,000 square feet (2,200 m2). The building was formerly known as William & Mary Hall. From 2005 to 2016, only the arena proper was called Kaplan Arena, before the entire building was renamed to honor alumni Jane Thompson Kaplan and Jim Kaplan.