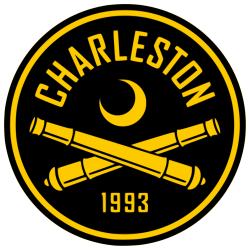 Charleston is one of the more successful lower division soccer clubs in the United States, having won the USISL Pro League in 1996, the USL A-League in 2003, and the final season of the USL Second Division in 2010. In 2012, the team won the USL Pro Championship, winning its fourth league title in club history. Charleston is also the most successful club in the history of the unofficial Southern Derby competition with eight first-place finishes.

The Battery currently play at Patriots Point Soccer Complex in Mount Pleasant, South Carolina. Previously, the club played its home games at the soccer-specific MUSC Health Stadium in the Daniel Island section of Charleston from 1999 to 2019. The team's colors are black and yellow, with a traditional red scheme for away uniforms. Since 2005, their head coach and general manager has been Mike Anhaeuser.

Patriots Point Soccer Complex is a soccer venue located in Mount Pleasant, South Carolina. It has been home to the College of Charleston Cougars soccer teams, member of the Division I Colonial Athletic Association, since its opening in fall 2000. Beginning in 2020, the venue will also host Charleston Battery of the USL Championship.

The venue is located across Charleston Harbor from the campus of the college. The field was dedicated as Ralph Lundy Field on September 28, 2019 to honor long-time Cougars head coach Ralph Lundy.

In conjunction with the arrival of USL Championship club Charleston Battery to the facility for the 2020 season, the stadium is currently undergoing a renovation which will initially increase capacity to 3,900.