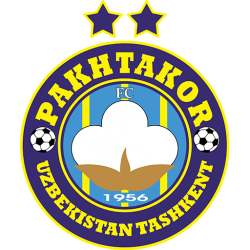 Pakhtakor was the only Uzbek club to play in the top-level Soviet football league and was the only Central Asian club to appear in a Soviet Cup final. Playing in the Uzbek League since 1992, the club has been the undisputed powerhouse in Uzbekistan since the fall of the Soviet Union, winning ten Uzbek League titles, including six in a row from 2002 to 2007. Pakhtakor also won seven consecutive domestic cups between 2001 and 2007, winning eleven cups in total. Players for the club have won Uzbek footballer of the Year honours eight times, and Pakhtakor teammates swept the top three spots in 2002. Club managers have been named Uzbek coach of the year twice.