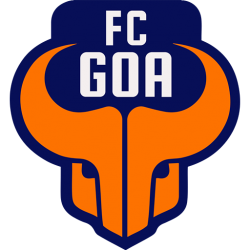 FC Goa is an Indian professional football club based in Goa that competes in the Indian Super League under license from All India Football Federation (AIFF). The club was launched on 26 August 2014 and founded by Srinivas Dempo and Dattaraj Salgaocar. The team is currently owned by Jaydev Mody, Akshay Tandon and Virat Kohli. It represents Goa, the only state or union territory to declare football as its official sport. The logo represents Goa's state animal the Gaur. While the colours blue and orange symbolizes the Goan coastline and sunrise.

The club play their home matches at the Fatorda Stadium in Margao. Brazilian footballer Zico was the club's first Manager (Head Coach). Its marquee players for its first two seasons have been French winger Robert Pires and Brazilian defender Lúcio respectively. The team finished the league stage in second position in their first season. In the end-of-season play-offs, they lost via a penalty shootout against Atlético de Kolkata in the semi-finals after a goalless draw. The next year, the team came first in the league stage, then lost the final 3–1 to Chennaiyin FC at home. In the 2018–19 season, they reached their second final in the league which they lost 1–0 to Bengaluru FC. In the same season they beat Chennaiyin FC 2–1 in the 2019 Indian Super Cup to win their first ever trophy. In the 2019–20 season, Goa topped the group stage and won the first ISL League Winners Shield and also became the first ever Indian club to qualify for the AFC Champions League group stage.

The Fatorda, officially known as the Jawaharlal Nehru Stadium, is a multi-purpose stadium situated in Margao, Goa. The venue has been used to host both international football as well as cricket matches. It is Goa's only international stadium and has a seating capacity of 19,000 people. It has hosted 9 ODIs. The venue was established in 1989 and is owned and operated by the Sports Authority of Goa. It is currently the home stadium of FC Goa.