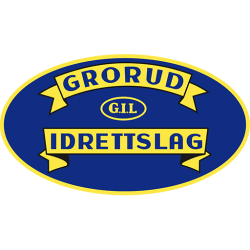 Grorud Idrettslag is a Norwegian sports club from Grorud borough, Oslo. It has sections for association football, skiing, gymnastics and tennis.

As a sports club based in Grorud, it had two predecessor clubs in Grorud IF, which existed from 1904 to 1905, and Grorud TIF, which existed from 1908 to 1914. Grorud IL was finally founded on 18 March 1918. At the time, Grorud was still located in Aker municipality. The district was incorporated into Oslo in 1948 and tied to the city centre with the Grorud Line of the Oslo Metro in 1966.

The club finished construction of its football field in 1926, and its ski jumping hill Rannkollen in 1928. In 1932 the football field was covered with gravel, which allowed the practice of skating sports during the winter. In 1932, Grorud IL was one of the first workers' sports clubs to take up the tennis sport.

Later secretary-general in the UN, Trygve Lie served as secretary in Grorud TIF, and became an honorary member of Grorud IL. He was a central person in the Norwegian Confederation of Trade Unions, and helped the club get a money loan in Akers Sparebank, which financed the field and hill construction. In 1929, Grorud IL decided to join the Workers' Sports Confederation Arbeidernes Idrettsforbund (AIF), where Trygve Lie also was a central figure. This connection ended in 1946 when the AIF was disbanded. By that time the club had got their club house, designed by noted architect Frode Rinnan.

In 1956 the new ski jumping hill Grorudbakken was opened. It fell apart in October 1957, but was rebuilt in steel. A grass football field was opened in 1966, and the field also featured an athletics track. An indoor arena was opened in 1974.