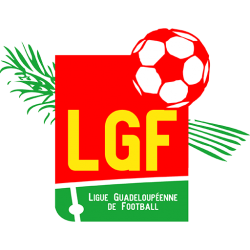 As an overseas department of the French Republic, Guadeloupe is not a member of FIFA and is therefore not eligible to enter the FIFA World Cup or any competition organized first-hand by the organization. Guadeloupeans, being French citizens, are eligible to play for the France national football team. Guadeloupe is, however, a member of CONCACAF and the CFU and is eligible for all competitions organized by both organizations. Indeed, according to the status of the FFF (article 34, paragraph 6): "Under the control of related continental confederations, and with the agreement of the FFF, those leagues can organize international sport events at a regional level or set up teams in order to participate to them."'

Guadeloupe's highest honor to date was reaching the final at the 2010 Caribbean Championship where they were defeated by Jamaica on penalties. In the CONCACAF Gold Cup, Guadeloupe reached the semi-finals in 2007. The team performed well in the group stage defeating Canada and drawing with Haiti. In the knockout stage of the competition, Guadeloupe eliminated Honduras in the quarterfinals. In the semi-finals, Guadeloupe lost to Mexico 1–0. The regional team also participates in the Caribbean Cup and the Coupe de l'Outre-Mer. Guadeloupe has yet to win either competition.

René-Serge Nabajoth was a past mayor of the commune of Les Abymes.