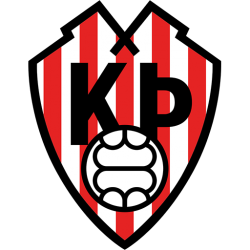 Knattspyrnufélagið Þróttur, also referred to as Þróttur Reykjavík or Throttur, is a sports club from Reykjavík in Iceland. The club runs a football department as well as handball, volleyball and tennis departments. The club has enjoyed tremendous success in men's volleyball, winning a total of 14 Icelandic Championships since 1974. The handball department enjoyed great success in the early 1980s, winning its major honour, the Icelandic handball cup, in 1981. Football has been played by the club from start, and is the biggest of the four departments.

Valbjarnarvöllur, also known as Eimskipsvöllurinn for sponsorship reasons, is a football stadium in Reykjavík, Iceland. It is the home stadium of Þróttur Reykjavík who play in the Úrvalsdeild. The stadium has a capacity of 5,478 fans.

In December 2016, Þróttur Reykjavík announced a three-year sponsorship deal with local shipping company Eimskip until 2019, which would see the stadium name changed to Eimskipsvöllurinn for the duration of the deal.