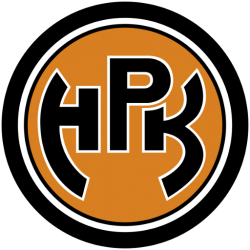 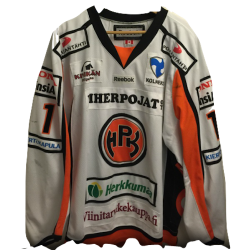 Hämeenlinnan Pallokerho (HPK) is an ice hockey team in the Liiga, the top men's ice hockey league in Finland. Their home ice is the Ritari-areena in Hämeenlinna. HPK was established in 1929. The parent club of the team is HPK Edustusjääkiekko ry and the team is sometimes promoted as the "Hockey Playing Knights," with a logo representing a knight's helmet. HPK won their first SM-liiga championship in 2006 and the second in 2019. Ritari-areena (also known as Patria-areena, Rinkelinmäen jäähalli or Hämeenlinnan jäähalli) is an arena in Rinkelinmäki, Hämeenlinna, Finland. It is primarily used for ice hockey and is the home arena of the Liiga team HPK and the Naisten Liiga team HPK Kiekkonaiset.
In 2002, a two-track ice exercise center was finished. As a tribute to ten years of the arena company, the arena was renamed as Ritarihalli. The arena was renovated again in 2008 to hold 5,360 spectators and also, merchandise and restaurant areas were refurbished. The arena was a venue for the 2009 Women's World Ice Hockey Championships, with matches being held both in the main and practice rinks.