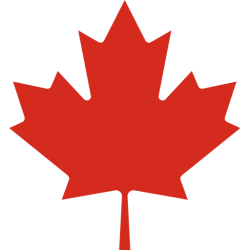 The Canada men's national ice hockey team (popularly known as Team Canada; French: Équipe Canada) is the ice hockey team representing Canada internationally. The team is overseen by Hockey Canada, a member of the International Ice Hockey Federation. From 1920 until 1963, Canada's international representation was by senior amateur club teams. Canada's national men's team was founded in 1963 by Father David Bauer as a part of the Canadian Amateur Hockey Association, playing out of the University of British Columbia. The nickname "Team Canada" was first used for the 1972 Summit Series and has been frequently used to refer to both the Canadian national men's and women's teams ever since.

Canada is the leading national ice hockey team in international play, winners of the 1972 Summit Series against the Soviet Union, four of five Canada Cups dating back to 1976, nine Olympic gold medals (the most in the world), including three of the last five: Salt Lake City 2002, Vancouver 2010, and Sochi 2014. They are 26-time IIHF World Champions and winner of the 2004 and 2016 World Cup of Hockey.

Canada is one of the most successful national ice hockey teams in the world and a member of the so-called "Big Six", the unofficial group of the six strongest men's ice hockey nations, along with Russia, the United States, Sweden, Finland, and the Czech Republic.