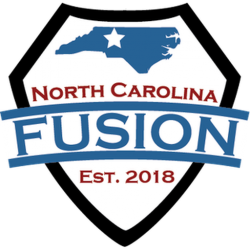 North Carolina Fusion U-23, formerly known as Carolina Dynamo, is an American soccer team based in Greensboro, North Carolina, United States. Founded in 1993, the team plays in USL League Two, the fourth tier of the American Soccer Pyramid.

The team plays its home games at Macpherson Stadium in nearby Browns Summit, North Carolina, where they have played since 2003. The team's colors are white and red.

The team has a sister organization, the U23 NCFusion Women, who play in the women's USL W-League, and also fields a team in the USL's Super-20 League, a league for players 17 to 20 years of age run under the United Soccer Leagues umbrella.