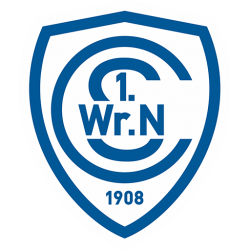 FC Magna Wiener Neustadt obtained the right to play in the First League due to the collapse of SC Schwanenstadt caused by financial problems. SC Schwanenstadt's playing licence was taken over by Magna, who took their place in the First League. On 19 May, Austrian-Canadian business man Frank Stronach, the founder of Magna International, was elected president of the club.

The club played its first ever league game on 12 July 2008 against relegated side FC Wacker Innsbruck and lost 0–3. The remaining season was a lot more successful, culminating in the Austrian First League championship and promotion to the Austrian Bundesliga.

In late 2008 1. Wiener Neustädter SC decided to merge with FC Magna. In order to acknowledge the past of 1. SC, FC Magna was renamed SC Magna Wiener Neustadt, effective from 1 July 2009. In 2010 Magna decided to cooperate with SK Sturm Graz.