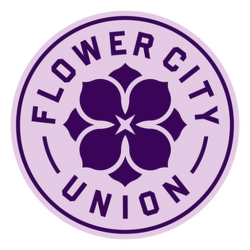 The Flower City Union is an American professional soccer team based in Rochester, New York, United States. Founded in 2021, the team plans to debut in the National Independent Soccer Association, a third tier league of the United States soccer league system, in 2022 and play at Marina Auto Stadium.

Marina Auto Stadium is a soccer-specific stadium in Rochester, New York. It was most recently home in 2018 to the Rochester Lancers and Lady Lancers of the NPSL and UWS, respectively. In 2022, the stadium will be home to Flower City Union of the National Independent Soccer Association. The stadium previously hosted the Rochester Rhinos of the USL, the Rochester Rattlers of MLL, and the Western New York Flash of the NWSL.

The stadium hosts other sporting events such as collegiate soccer, Rochester Rhinos Elite youth soccer games and practices, American football, field hockey and drum and bugle corps competitions as well as concerts, as well as occasionally hosting the New York State Public High School Athletic Association (NYSPHSAA) Section V football championship and Far West Regional championship (played between Sections V and VI). It is owned by the City of Rochester and is operated as a youth sports complex.