Wigan Athletic Football Club are an English professional association football club based in Wigan, Greater Manchester, England. They will play the 2020-21 season in League One, the third tier of English football. Founded in 1932, the club have played at the 25,000-seater DW Stadium since 1999, before which they played at Springfield Park. Their colours are blue and white stripes, although all-blue shirts have been common throughout the club's history. Wigan was elected to the Football League in 1978, and competed in the Premier League from 2005 to 2013.

On 1 July 2020, less than a month after a change of ownership, Wigan announced the club had gone into administration. 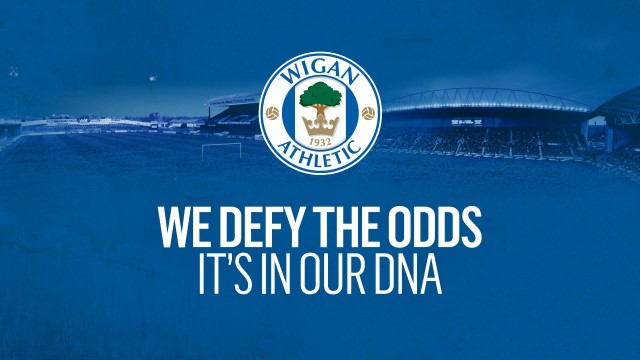