Stoke City Football Club is an English professional football club based in Stoke-on-Trent, Staffordshire that plays in the Premier League. Founded as Stoke Ramblers in 1863 the club changed its name to Stoke City in 1925 after Stoke-on-Trent was granted city status. They are the second oldest professional football club in the world, after Notts County, and are one of the founding members of the Football League.

Stoke play in the Premier League after winning promotion in 2008; prior to this Stoke had not participated in top-flight football for twenty-three years. Their first, and to date only, major trophy was won in the 1972 Football League Cup Final, when the team beat Chelsea 2–1. The club has won the Football League Trophy on two occasions, first in 1992 and most recently in 2000. The club's highest league finish in the top division is 4th, which was achieved in the 1935–36 and 1946–47 seasons. Stoke have competed in European football in 1972–73, 1974–75; and most recently in 2011–12. Stoke played in the FA Cup Final in 2011, finishing runners-up to Manchester City and has reached three FA Cup semi-finals, in 1899 then consecutively in 1971 and 1972.

Stoke's home ground is the Britannia Stadium, a 27,740 all-seater stadium. Before the stadium was opened in 1997, the club was based at the Victoria Ground, which had been their home ground since 1878. The club's nickname is 'The Potters', named after the pottery industry in Stoke-on-Trent and their traditional home kit is a red and white vertically striped shirt, white shorts and stockings. Stoke's traditional rivals are Midlands clubs West Bromwich Albion and Wolverhampton Wanderers whilst their local rivals are Port Vale with whom they contest the Potteries derby. The Britannia Stadium is an all-seater football stadium in Stoke-on-Trent, England and the home of Premier League club Stoke City F.C.. It has space for 27,743 spectators (reduced from 28,384 due to segregation). The stadium was built in 1997 at a cost of £14.7 million as a replacement for the Victoria Ground. The name is taken from the sponsors of the stadium, the Britannia Co-operative Bank. Along with hosting football matches, the stadium has played host to performers such as Bon Jovi, Bryan Adams and Elton John. The ground also holds conference and banqueting suites, the Delilah's Bar, and a club shop selling Stoke City merchandise.

The highest attendance recorded at the stadium was 28,218 for the sell-out fixture against Everton in their FA Cup 3rd Round tie in 2002. The first goal in the stadium was scored by Graham Kavanagh for Stoke in a league cup game against Rochdale. The club had played at the Victoria Ground until 1997. Former player Sir Stanley Matthews' ashes were buried beneath the centre circle of the pitch following his death in February 2000; he had officially opened the stadium on 30 August 1997. 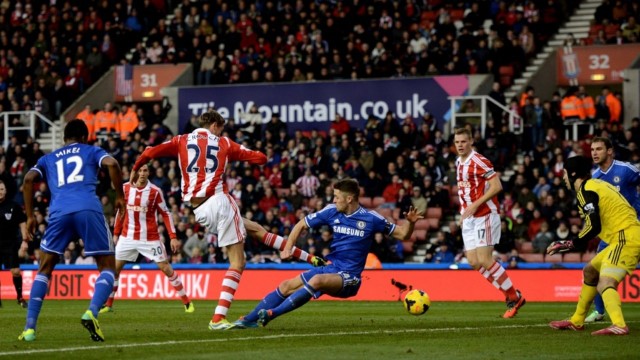 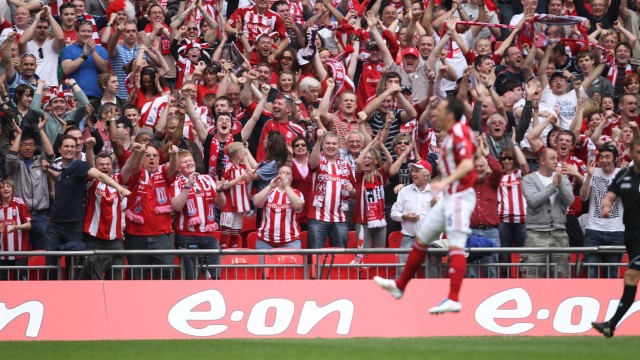