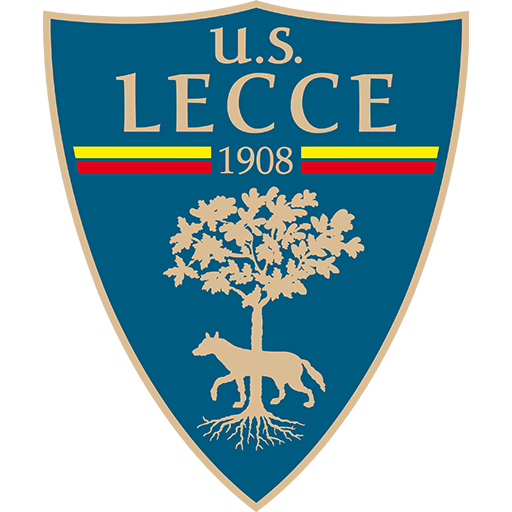 Unione Sportiva Lecce, commonly referred to as Lecce, is an Italian football club based in Lecce, Apulia. It currently plays in Serie B, the second level of the Italian football pyramid, and plays its home games at Stadio Via del Mare which has a capacity of 31,533 spectators.

The club was formed in 1908 and has spent a large part of their recent history bouncing between Italy's second division and Serie A, where the team debuted in the 1985–86 season. Its best Serie A finish is the ninth place obtained in the 1988–89 season. The club is 27th in the Serie A all-time table and is the second club from Apulia as regards appearances in the first two tiers of Italian football, with 15 Serie A seasons and 25 Serie B seasons.

Lecce won a Coppa Ali della Vittoria as Serie B winner in 2010, a Coppa Italia Serie C in 1975 and an Anglo-Italian Cup Semiprofessionals in 1976.