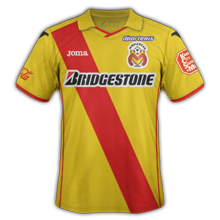 On June 26, 2020, Liga MX President Enrique Bonilla announced Atlético Zacatepec would be relocating to Morelia due to financial problems. The next day in a press conference at Estadio Morelos, it was announced the club would be called Club Atlético Morelia, the club's name for over 25 years before Grupo Salinas changed it in 1999. It was announced the ownership group would consist of former Guadalajara President José Luis Higuera as well as various businessmen from the state of Michoacán. The ownership group acquired the rights to the club's name and logo, both which were owned by Grupo Salinas.

Estadio Morelos is a football stadium located along Periférico Independencia, in the Independencia sector, near the base of Cerro del Quinceo in northwest Morelia, Michoacán, México. It's the site of professional football teams, Monarcas Morelia in the top division of Mexican football and Monarcas Primera A in the league under that. This structure holds various events, such as concerts and religious gatherings and mass. Its official name Estadio José María Morelos y Pavón is meant to honor this hero of the Mexican War of Independence

The stadium has an irregular shape, because the areas behind the goals only have one level and 32 rows, along the side there are 4 levels (one grandstand, one other seating area and 2 box areas) and 49 stands.

According to the Monarcas Morelia website, the capacity of the stadium is 35,000.