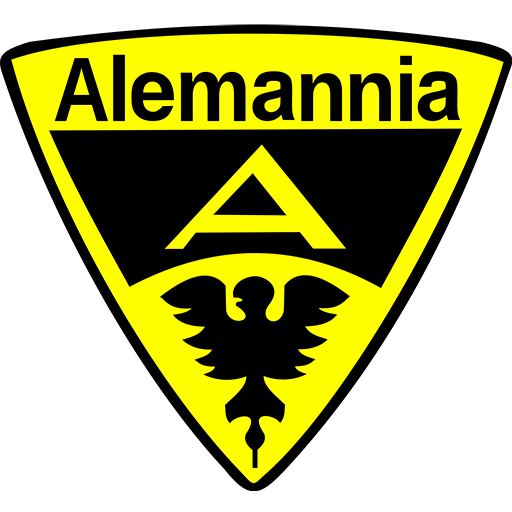 Alemannia Aachen is a German football club from the western city of Aachen, North Rhine-Westphalia. A long term fixture of the country's second division, Alemannia enjoyed a three-year turn in the Bundesliga in the late 1960s and, after a successful 2005–06 campaign, returned to first division play for a single season. The club has since slipped to third division play and in late 2012 entered into bankruptcy. They finished their 2012–13 3. Liga schedule before resuming play in the tier IV Regionalliga West in 2013–14.

Alemannia carries the nickname "the Potato Beetles" (Kartoffelkäfer) because of their striped yellow-black jerseys, which make them look like the particular insects.

Tivoli is a football stadium in the Sport Park Soers in Aachen, Germany, that opened on 17 August 2009 replacing the Old Tivoli nearby. It hosts the home matches of Alemannia Aachen in the Regionalliga West. The stadium has a capacity of 32,960 spectators – space for 11,681 standing spectators and 19,345 seats. The (all-)seating capacity for international games is set at 27,250.