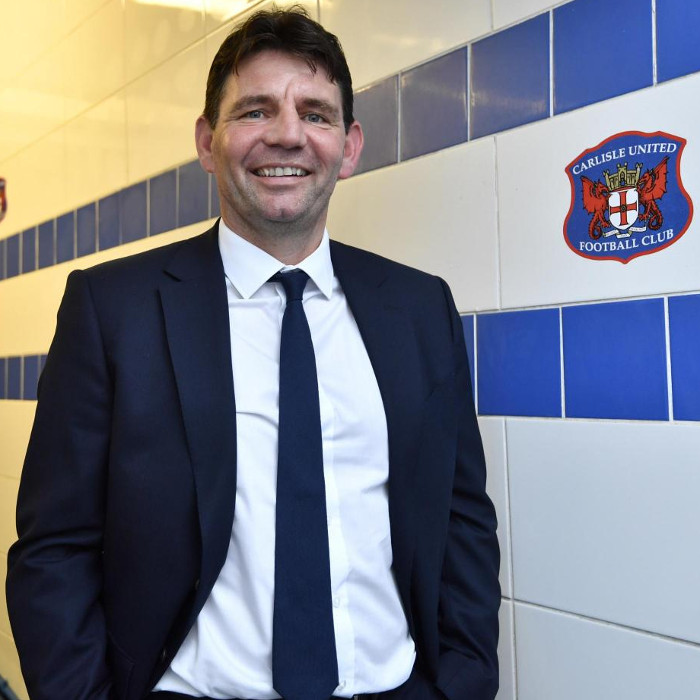 Carlisle United Football Club (/kɑːrˈlaɪl/ or /ˈkɑːrlaɪl/) is a professional association football club based in Carlisle, Cumbria, where they play at Brunton Park. The team play in League Two, the fourth tier of the English football league system. Formed in 1904, they have won three league titles and two cup competitions in their history. They played in the then First Division in the 1974–75 season, making the city of Carlisle the smallest location, by population, to have had a resident top-flight English football club since 1906. The club has reached the final of the Football League Trophy 6 times, more than any other team, winning it on two occasions in 1997 and 2011.

The club's traditional kit is blue with white and red detail. The badge takes elements from the city's coat of arms including two wyverns which are the regent of Cumbria. As Shaddongate United the club played at two grounds, Millholme Bank, to the south of the city, and Devonshire Park, where Trinity School now stands. In 1909, five years after becoming Carlisle United, the club moved to Brunton Park and have been residents ever since.

The stadium has a capacity of 18,202 and comprises both seated and terraced areas. The four stands are known as Main (West) Stand & Paddock, the East Stand, the "Waterworks" Petteril Stand and the Warwick Road End which usually hosts the most vocal supporters on match days. In the past the stadium has been the victim of severe flooding and a fire which burned down the wooden grandstand which stood until 1953.