Rochdale Association Football Club is an English professional association football club based in the town of Rochdale in Greater Manchester. The club plays in the Football League One, the third tier in the English football league system. The club's colours are black and blue and they play their home games at Spotland Stadium, which has a capacity of 10,249. Formed in 1907 and nicknamed the Dale, they were accepted into the Football League in 1921. Since then, the club has remained in the bottom two professional divisions of English Football.

The team has achieved promotion three times – in 1969, 2010 and 2014. Although the club has never won a competition since joining the League, they have the distinction of playing in the final of the League Cup in 1962, the first of only two teams from the lowest tier to have done so. 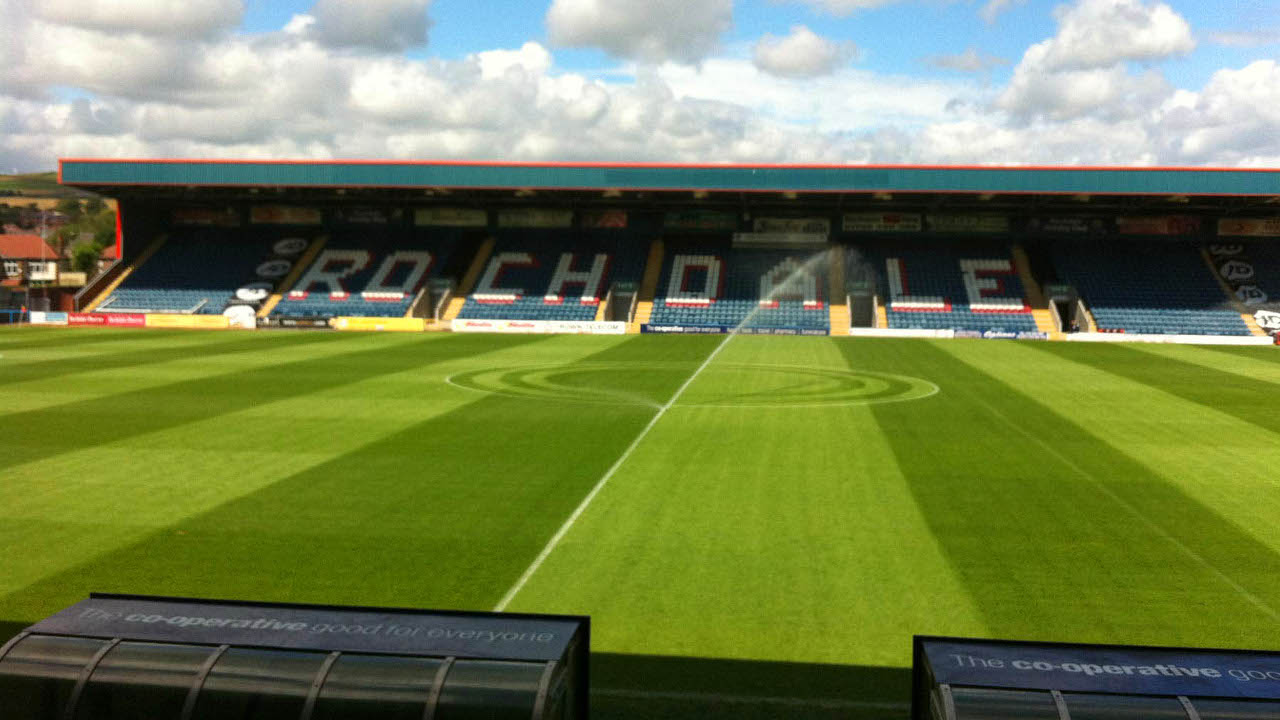