Beijing Sinobo Guoan F.C. (Chinese: 北京中赫国安; pinyin: Běijīng Zhōnghè Guó'ān) is a professional Chinese football club that currently participates in the Chinese Super League under licence from the Chinese Football Association (CFA). The team is based in the Chaoyang District in Beijing and their home stadium is the Workers' Stadium with a seating capacity of 66,161. Their shareholders are the real estate company Sinobo Group (64%) and CITIC Limited (36%) of CITIC Group, a state-owned enterprise of China. Beijing Guoan F.C. was founded as a professional team by CITIC Guoan Group, which was a subsidiary of CITIC Group until 2014. The club is one of the four teams to never have been relegated from the league since its debut in 2004.

The club's predecessor was called Beijing Football Club and they predominantly played in the top tier, where they won several domestic league and cup titles. On December 29, 1992 the club was recognized to become a completely professional football club making them one of the founding members of the first fully professional top tier league in China. Since then they have gone on to win their first ever professional league title in the 2009 league season as well as the 1996, 1997, 2003 and 2018 Chinese FA Cup.

According to Forbes, Guoan was the second most valuable football team in China, with a team value of US$167 million, and an estimated revenue of US$30 million in 2015. According to the disclosure of CITIC Pacific, the club revenue was CN¥244 million in 2013 season. In 2015 season, the sponsorship from CITIC Securities was CN¥25 million. The Workers Stadium (simplified Chinese: 工人体育场; traditional Chinese: 工人體育場; pinyin: Gōngrén Tǐyùcháng), often called Gongti or Gong Ti, is a multi-purpose stadium in the Chaoyang District of north-eastern Beijing, China. It is mostly used for football (soccer) matches. The stadium was built in 1959 and was last renovated in 2004 (the concrete structure was strengthened, a new rotating display screen and energy-saving devices were installed). It has a capacity of 66,161 and covers a land area of 350,000 square meters. It is one of the Ten Great Buildings constructed in 1959 for the 10th anniversary of the People's Republic of China. 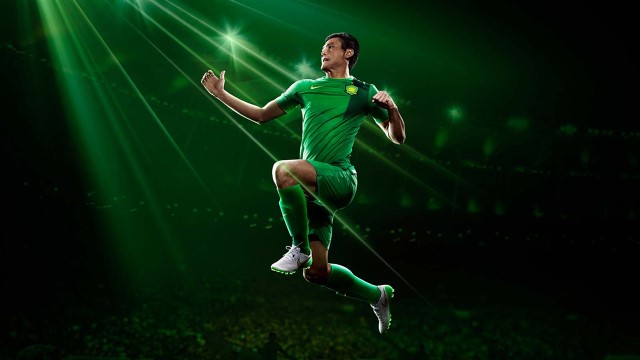