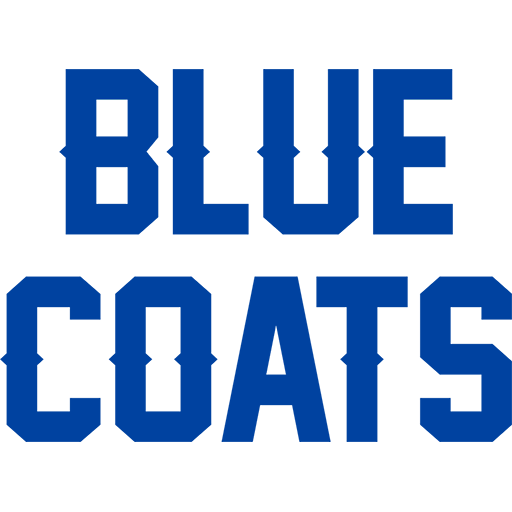 The Delaware Blue Coats are an American professional basketball team of the NBA G League. It is an affiliate of the Philadelphia 76ers in the National Basketball Association. The home games were most recently played at the Bob Carpenter Center on the campus of University of Delaware in Newark, Delaware. The team was founded in 2007 as the Utah Flash and served as an affiliate to the Utah Jazz. In April 2013, the 76ers acquired the team and relocated it to Delaware, where it played as the Delaware 87ers (nicknamed the Sevens) until 2018.

The 87ers moved to the 76ers Fieldhouse in Wilmington, Delaware, for the 2018–19 season and were rebranded as the Delaware Blue Coats.

Bob Carpenter Center is a 5,000-seat multi-purpose arena, in Newark, Delaware, named in honor of benefactor and trustee, R. R. M. Carpenter, Jr. (1915–1990). Students at the University of Delaware have nicknamed it "The Bob."

The arena opened in 1992 and facility was designed by HOK Sport, who have been involved in more than 150 sports and recreation projects. The construction of the building cost $20.5 million. In late 2010, the University began construction on an addition, which will include two full-size basketball courts, new offices and locker rooms for the basketball and volleyball programs, and a new entrance plaza.

The arena section of the building is named in honor of Frank E. Acierno, a local businessman and developer, who donated $1 million to the Bob Carpenter Center, the largest gift from a single donor.

It is home to the University of Delaware Blue Hens basketball team, and beginning in fall of 2013, the Delaware 87ers of the NBA Development League. It will also host a preseason game for the Philadelphia 76ers vs the Boston Celtics.

It hosted a campaign rally for Vice President Al Gore in 1996 and all or part of the 1997-2001 America East Conference men's basketball tournaments.

It also hosts other events, such as the WWE, music and comedy concerts, and craft fairs.