Club Estudiantes, S.A.D., known as Movistar Estudiantes for sponsorship reasons, is a basketball team based in the city of Madrid, Spain. It is a member of the Asociación de Clubes de Baloncesto (ACB). Founded in 1948, it is one of the most recognized basketball teams in Spain.

Some of its achievements include winning three Spanish Cups and reaching the ACB Finals in 2004. The club is also particularly famous for its renowned youth programme that has produced many Spanish talents over the years such as Alberto Herreros, Nacho Azofra, Aíto García Reneses, Alfonso Reyes, Felipe Reyes, Carlos Jiménez, Iñaki de Miguel or Pepu Hernández. The arena hosted two major international basketball events in the first decade of the 21st century. It hosted the knockout stage of EuroBasket 2007, and the following year hosted the Euroleague Final Four 2008. It also hosted three times the final stage of the Copa del Rey of basketball in 2006, 2009 and 2011.

The arena was the Final venue for the 2014 FIBA Basketball World Cup and the Euroleague Final Four 2015. 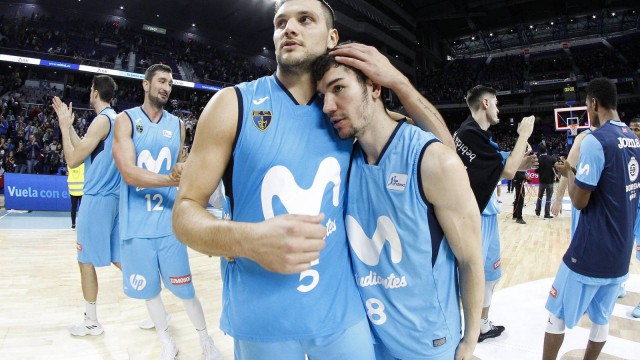