The Shanxi Guotou Loongs (simplified Chinese: 山西国投猛龙; traditional Chinese: 山西國投猛龍; pinyin: Shānxī Guótóu Měnglóng) or Shanxi Guotou or Shanxi Loongs are a Chinese professional basketball team based in Taiyuan, Shanxi, which plays in the Northern Division of the Chinese Basketball Association (CBA). The Shanxi Fenjiu Company is the club's corporate sponsor, while its mascot is a dragon.

The team was known in English as the Shanxi Brave Dragons from the Summer of 2007 until September 2018, when a rebranding ceremony was held, unveiling a new logo and nickname. Loong is the Chinese word for dragon, in both Mandarin and Cantonese. Riverside Sports Arena is an indoor sporting arena located in Taiyuan, China. The capacity of the arena is 5,331 spectators and opened in 1998. It hosts indoor sporting events such as basketball and volleyball. It hosts the Shanxi Zhongyu of the Chinese Basketball Association. 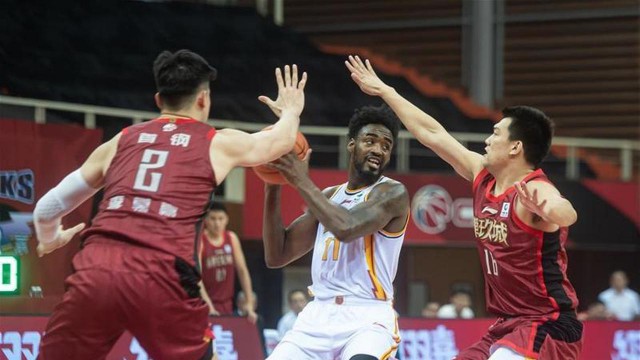