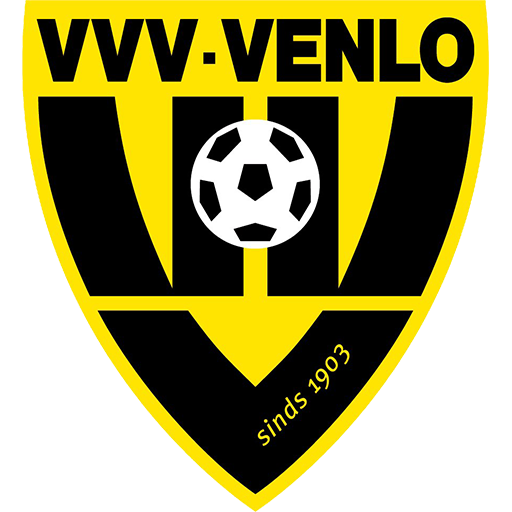 VVV-Venlo (VVV stands for Venlose Voetbal Vereniging meaning "Venlo Football Association") is a football club from the Dutch-German border town Venlo, Netherlands. They play in the Eerste Divisie, the second tier of Dutch football, following relegation from the Eredivisie in the 2020–21 season. The club plays its home games in the Covebo Stadion – De Koel stadium, which is named after one of the club's sponsors Covebo Uitzendgroep. VVV's home colours are yellow and black, the former being the dominant shirt colour. De Koel, also known as Covebo Stadion – De Koel, is a multi-purpose stadium in Kaldenkerkerweg 182, Venlo, Netherlands. It is currently mostly used for football matches and is the home stadium of VVV-Venlo. The stadium is able to hold 8,000 people and was built in 1972.