KK Mega Basket (Serbian Cyrillic: КК Мега Баскет), currently known as Mega Bemax for sponsorship reasons, is a professional basketball team based in Belgrade though playing its home games in Sremska Mitrovica, Serbia ever since the start of the 2014–15 season as the Adriatic League doesn't allow more than two clubs from any city.

In addition to Belgrade and Sremska Mitrovica, the club also played its home games in Kruševac (2012–13 season) and Smederevo (2013–14 season). The club participates in the KLS and ABA League. Since 2004, it has been controlled by Serbian sports agent Miško Ražnatović and his BeoBasket sports agency. Pinki Hall (Serbian Cyrillic: Хала Пинки) is an indoor multi-sports venue located in Belgrade's municipality of Zemun, Serbia. The venue has an indoor hall and an indoor swimming pool. Its initial full official name was Dom sportova, omladine i pionira Pinki (Pinki, The Hall of Sports, Youth, and Pioneers). The hall has a seating capacity of 2,300 for sports events and around 5,000 for concerts.

Opened on 21 October 1974, on the occasion of the 30th anniversary of Zemun being liberated from the Nazis and their puppet state Independent State of Croatia, the hall has hosted various basketball, handball, and volleyball teams. It now mostly serves for recreational use. It is the only sports venue in the city of Belgrade not financed by the city government, because Zemun's municipal government headed by the Serbian Radical Party (SRS) in 2000 transformed the venue's controlling entity into a publicly traded company and sold the controlling stake (49%) to Naftna industrija Srbije (NIS) oil company.

The venue is named after Boško Palkovljević Pinki, a prominent Partisan fighter during World War II in Yugoslavia and a People's Hero of Yugoslavia. 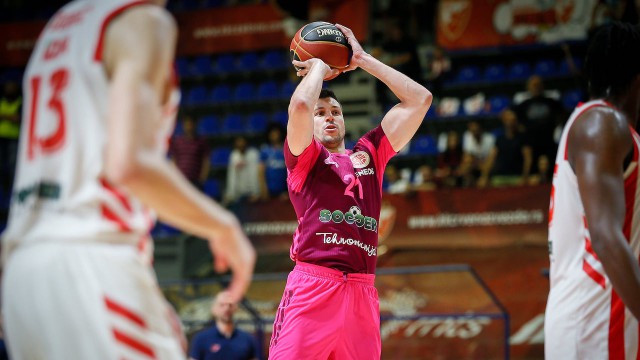