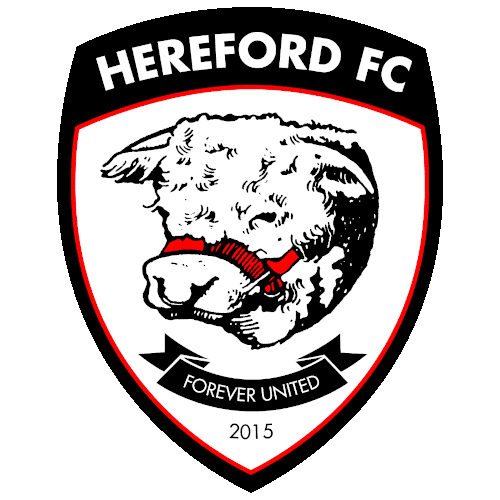 Hereford Football Club (/ˈhɛrɪfərd/ (About this soundlisten)) is an English association football club from the city of Hereford. They were founded in 2014 as a phoenix club for Hereford United, and inherited their Edgar Street stadium. They are nicknamed 'The Whites' after their predominantly white kit, or 'The Bulls' after the Hereford cattle breed, and their motto is 'Our greatest glory lies not in never having fallen, but in rising when we fall'. The club is affiliated to the Herefordshire County Football Association.

Edgar Street is a football stadium in Hereford and was the home of Hereford United Football Club from the club's formation in 1924 until December 2014, when the club was wound up. It is now the home of Hereford FC, a phoenix club formed to replace the former club. It is the largest football stadium in the county of Herefordshire and is located on the edge of Hereford City Centre, adjacent to the former cattle market (now a shopping centre). The name of the stadium directly derives from the name of the street where it is located, which is also the A49.